This page is dedicated to men & women who have been a tremendous blessing, not just to the body of Christ, but also the world at large, through their musical skills and talents.

In this edition we’ll be focusing on Graham Kendrick & Tommy Walker.

Graham Kendrick (born on 2 August 1950, Blisworth, Northamptonshire) is a prolific British Christian singer-songwriter and worship leader. He is the son of a Baptist pastor. He now lives in Croydon and is a former member of Ichthus Christian Fellowship. Together with Roger Forster, Gerald Coates and Lynne Green, he was a founder of March for Jesus. 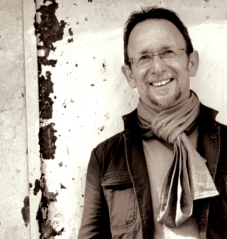 Graham has been described as a ‘father of modern worship music’ whose songs are ‘crammed full of poetic, divine, biblical truth’ that have ‘sculpted a view of God that has impacted generations.’

For more than 30 years he has been at the forefront of Christian music in the UK having written and recorded hundreds of songs, many of which are well known around the world, including Shine Jesus Shine, Knowing You, The Servant King and Amazing Love.

Graham is based in the UK and travels internationally participating in tours, festivals, conferences and training events, as a worship leader, speaker and performer.

He is an active advocate for the charity Compassion, encouraging audiences worldwide to understand worship as a way of life, and true intimacy with God as sharing in the concerns of his heart and participating in his mission to the world. Compassion operates in over 24 nations and facilitates the support of over a million children.

Graham was one of the founders and the songwriter behind the global phenomenon March for Jesus, which has mobilised millions of Christians to ‘take the walls of the church’ and bring praise, prayer and acts of goodwill and reconciliation on to the streets.

Tommy Walker is the son of Fred and Eileen Walker, who were once the pastors of an independent charismatic church. Walker’s sister, Janey Stewart, and her husband, Sam Stewart, are the founders and overseers of Charlie’s Lunch, a worldwide faith based relief organization. One of Walker’s brothers, Dale Walker is the founder and director of Heart of the World, an interdenominational, worldwide ministry, that operates Borderland Kids program, which is a program that provides food to needy children in the United States. Hilary (Walker) Overton, a niece of Tommy Walker, and her husband David, administrate Glory Reborn, a midwifery clinic in the Philippines.

Tommy Walker is a worship leader, composer of contemporary worship music, recording artist and author. He has led worship at Christian Assembly in Los Angeles, California with his pastor, Mark Pickerill, since 1990. He has traveled with Promise Keepers, Greg Laurie Harvest Crusades and Franklin Graham.

He has also been privileged to serve with such church leaders as Jack Hayford, Bill Hybels and Rick Warren. He has recorded worship projects for Maranatha! Music, Integrity Music, and Get Down Ministries.

He has written well over 100 songs that are currently being tracked by CCLI and are being sung in churches around the world, including “He Knows My Name,” “Only A God Like You,” “That’s Why We Praise Him,” “Lord I Believe In You,” “Mourning Into Dancing,” “Break Through,” “We Will Remember,” and “I Have a Hope.”

Tommy has frequently traveled internationally, holding worship concerts and mercy ministry outreaches in places where people are in great need. He has led his worship team to the Philippines, Japan, Korea, Singapore, Guatemala, Zambia, Brazil, and many other nations.

Tommy has been married to his wife, Robin, for over twenty years. They have four children, Jake, Levi, Emmie and Eileen. To be found faithful to his God, his family and his local church will always be his greatest achievement.

read my blog  |  past editions of ‘INFLUENCE’  |  send me a message